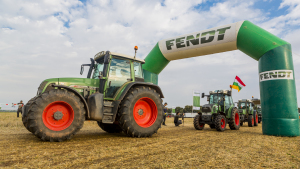 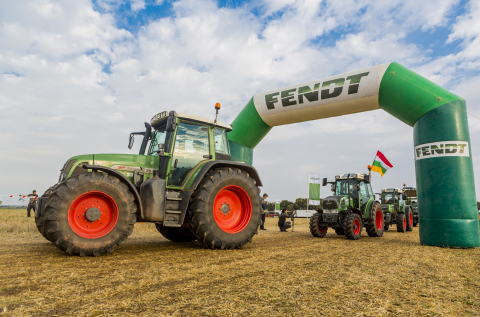 By its own merits, Fendtgüinos is the most popular trade fair in the field and the largest concentration of tractors in Spain. This year, it was held in Bañares, near Santo Domingo de la Calzada in La Rioja, last September 10th and was attended by almost 5,000 people (mostly farmers), 435 of them with their own Fendt tractor.

Alongside Fendt, the most prestigious brands in the industry also participated, showing off their products in the field together with the tractors that best know how to take advantage of it. Many have already participated in previous editions and others have joined this year to become associated with the Fendt brand in an event of proven popularity among farmers that represents a benchmark in the world of agricultural machinery. Agricultura, Agromet, Aguirre, Amazone, Asaja, Coag, Compo, Fella, Fertinagro, Gil, Hardi, Herculano, Icl, Industrias David, Interempresas, Kuhn, Lemken, Maschio Gaspardo, Michelin, Mitas, Omnistar, Ovlac, Profesional Agro, Razol, Sapec, Señorío Villarrica, Sigfito, Terralia, Tierras, Timac Agro, Topcon, Trelleborg, Upa, Vida Rural, Vogel Noot and Würth enjoyed their own space at Fendtgüinos 2015.

This year, a very special partner also participated in Fendtgüinos, the Food Bank of La Rioja, a nonprofit organization dedicate to alleviating the food needs of the most disadvantaged people. The Food Bank of La Rioja and Sigfito presented the solidarity glass at the event, a fully recyclable organic glass, which for only one Euro gave visitors the opportunity to drink all they wanted at the event, while keeping the field trash-free. In this way, the visitors were pleased to collaborate with the Food Bank, with the entire proceeds from the sale of the glasses going to an organization which is so necessary in the times we live in. Over 3,500 Euros were raised at Fendtgüinos and will go directly to those who do not have enough to eat. 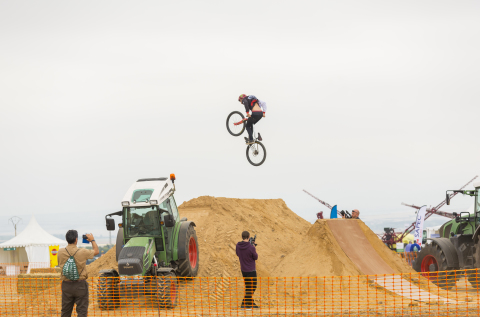 By committing itself even further to its social work, Fendt not only had farmers in mind while organizing Fendtgüinos, but was also thinking about the future, and therefore Editorial Agrícola used the event to promote its project "Conocer la Agricultura" ("Learning About Agriculture") sponsored by Fendt, through which it aims to bring the agricultural world to children, to educate young people to respect agriculture, and to understand and value the work of farmers. In the central area of the grounds, an area dedicated to youngsters, the farmers of the future enjoyed memory games and a giant Game of the Goose, pedal tractors, fun activities and candy, with the aim of teaching kids to love their parents' agricultural work. A great time was had by all!

But Fendtgüinos isn’t just about a huge gathering of tractors and large-scale demonstrations in the field, it’s also a celebration of agriculture and this year is also combined with a slew of parallel activities to expand the Fendt experience.

The prestigious winery Señorío de Villarrica, for example, opened its doors to visitors on the day of the event for a tasting of their delicious wines; in the central ring, the crazy bikes team RICIRCUS WILD RIDERS thrilled the audience with impressive bike jumps, impossible antics and audacious action; the brass band Kamikaze created a fun party atmosphere, touring the grounds and recalling the spirit of the popular festival of Fendtgüinos; the Fendt hot-air balloon was taking off all day long, offering stunning views of the area to anyone interested; and the old-timers Doctor Vario and his inseparable nurse, Fendtdeta, had a lot of fun with the audience and prescribed them Fendt, the best remedy for the field. 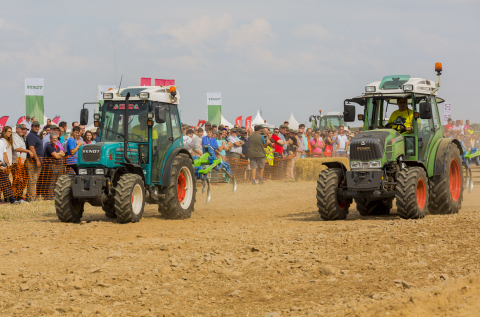