The Maiden Voyage Down Under 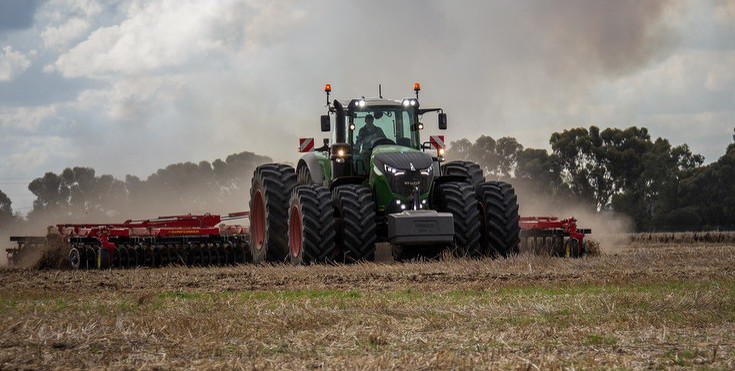 One of the first Australian Fendt 1050's at a demonstration event in 2017 undergoing traction testing.

So what has happened to the first Fendt 1050 that landed in Australia and how is it performing in our tough Australian conditions?

When Fendt released the 1000 Series to the public at Agritechnica, it stirred up huge interest in the agricultural machinery industry.

The common question everybody had was “how will a 500 HP front wheel assist tractor ensure all the power is transferred to the ground in the paddock?”

Australia’s first Fendt 1050 had its maiden voyage at Fendt dealer Peter Blair’s farm in Horsham (Traction Ag). The tractor was used for training Fendt dealers from Australia and New Zealand and to showcase it to the Australian media.

Fendt Product Manager, Donny Cloney, gave a detailed account of the Fendt’s performance on the day, saying “For the Fendt 1000 dealer training and media day, we knew we had to find a large implement for this tractor and prove to the gathering that we could get the 500 HP to the ground. The wheel slip is measured in a Fendt by comparing the GPS moving speed vs the transmission speed. This information then appears on the terminal.

“The maximum engine power was demanded in the 1050 by sinking the discs on a 40ft MF vertical tillage machine deep into the soil. Even with the forward speed slowing, no break in traction or increase in wheel slip occurred,” Donny said.

After the launch event, the Fendt 1050 undertook a demo tour of South Australia and Victoria so Australian farmers could put the German powerhouse to the test in their local conditions.

At the end of the Fendt 1000 Series demo tour, the tractor found a home with Richard and Anthony Verner broad acre farmers in Mallala, South Australia.

“To be honest I never envisaged myself owning a 1000 Series, I saw the unit on display at the Yorke Peninsula Field Days. I was impressed by the look of the tractor but at the time I didn’t believe I would ever own one as I didn’t feel it could do the work I demanded from my 500 HP articulated tractor for seeding,” said Richard. 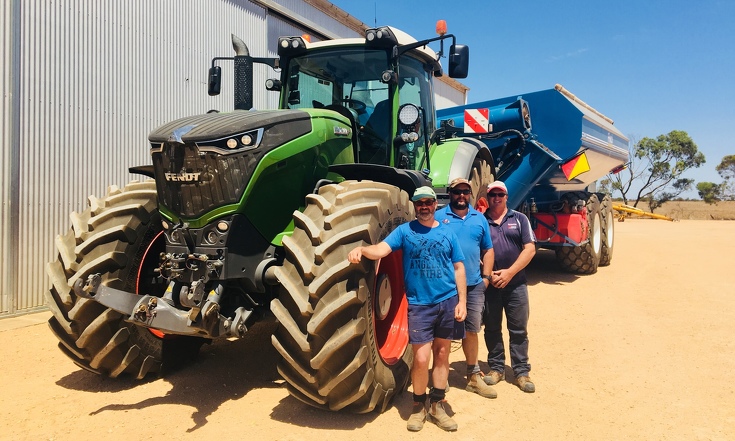 The Fendt 1050 ready for seeding on the Verner farm

The opportunity for the Verners to try the machine on their farm came about following the Fendt 1000 demonstration undertaken by local Kadina dealer G & J East.

“I was skeptical whether the 1050 would be able to perform as well as the articulated tractor. When the Fendt 1050 was demonstrated on our farm with our 65ft air seeder fully loaded with seed, I was very impressed with the low fuel consumption. I was also impressed how the Vario transmission pulled on the hills with less speed loss than a conventional transmission in my artic. The 1050 could hold its own against my 500 HP articulated tractor and had a big improvement in comfort” Richard said.

Fendt have made large investments in R & D, ensuring the Fendt 1050 could compete with and outperform other 500 HP machines in the market, but still be a versatile front wheel assist tractor. The new Vario transmission technology is a key component which makes this possible.

Fendt are the pioneer of CVT transmissions with the renowned Vario now in over 250,000 Fendt tractors globally. The Vario has been enhanced with advanced technology for the Fendt 1000 Series to ensure high torque and HP can be transferred from the engine to the wheels. This new transmission means the engine can be tuned to work at a very high torque at a low engine RPM. 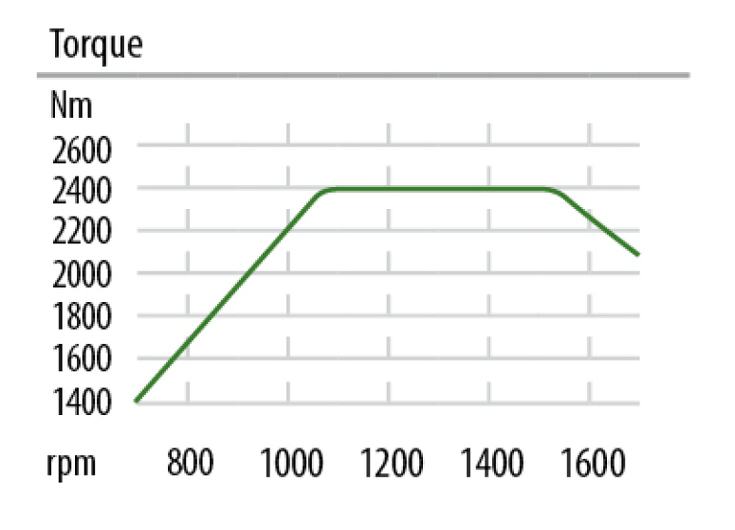 According to Donny Cloney, “The easiest way to see the sheer engineering feat of the Fendt 1000 transmission without testing the machine is to look at the torque curve in the brochure. Maximum torque is achieved at only 1200 RPM and the torque curve is incredibly flat all the way to 1550 RPM.

“With this high torque and Vario transmission, any change in load or terrain in the field is easily managed with the transmission slightly adjusting or the engine RPM slightly adjusting, but keeping maximum torque delivery to the wheels. This is how the Fendt 1000 will reduce fuel use as the engine RPM remains low with no fuel spikes to counteract changing loads and conditions in the field,” Donny said.

Richard and Anthony Verner have been very impressed with the tractors performance and the transmission’s technology.

“The Vario transmission has really impressed me, the capability of the transmission and engine technology working together to convert the torque generated into useable traction is amazing. The engine is very quiet and just seems to work in the background at a low RPM. The transmission does all the work so the engine doesn’t have too - I have seen fuel savings over my old 500 HP articulated tractor of about 30%.

“I have noticed that the Fendt transmission greatly benefits traction also, if the tractors speed changes I never have a break in traction or power loss as the transmission steplessly adjusts. In my artic, if the tractor came under load or on hills where a powershift change was required, it resulted in a break in traction and power loss meaning a loss of momentum and it took me time and fuel to get back to my desired working speed with my 65ft seeding bar when fully loaded,” said Richard.

The Fendt 1000 Series was developed in Germany and also trialed extensively in Arizona to ensure it could cope with the tough conditions of 45 degree heat and heavy dust. The tractor is equipped with a hydraulically driven fan which is not connected to the engine. This allows the fan to run at high speeds at low RPM on hot days. The HP loss of running the fan is also greatly reduced as it is not connected to the engines crank shaft, meaning the engine has more power available for the wheels. Because of the high quality of the Vario transmission, maximum horsepower can be produced at any speed unlike many other tractors in this segment which only allow full engine power at high working speeds.

Richard has also been impressed by the ride comfort, “It’s the only tractor I have ever driven where you can do 50 KPH across the field on the chaser bin with a half cup of coffee in your hand and not spill a drop.”

The Fendt 1000 Series can have 4 point pneumatic cab suspension optioned, the airbags stop cab sway with integrated level control. The independent front axle suspension not only benefits comfort in the field but also traction by keeping the front wheels tight to the ground when travelling on uneven surfaces.

According to Richard, when harvest comes, the Fendt 1050 is hooked up to the 38 tonne Finch chaser bin. The Vario is ideal for chaser bin work to fill truck trailers at slow speed and then get back to the combine quickly.

“I am saving money with this tractor because of the large reduction in fuel consumption and that I basically now have two tractors. The articulated tractor wasn’t suitable for chaser bin work and was only used for seeding season. The versatility of the 500 HP Fendt means I can use it for seeding and chaser bin work,” Richard said.

The verdict on the Fendt 1050 which has been on farm for a year now is summed up by Anthony Verner,

“The Fendt 1050 is the next tier of engine and transmission technology which has helped us reduce inputs on the farm. This machine is so far advanced that there is currently no other tractor available like this machine, it’s in a class of its own!”